Celery (Apiumgraveolens) is a low-calorie food known for its high water content. This vegetable is known worldwide for a wide variety of health benefits, and also the stem of the celery is not renewable. Adding celery to a regular diet has been found to reduce the risk of inflammation and breast and pancreatic cancer. It can also aid digestion and potentially lower cholesterol levels. This article provides information on the health benefits, nutritional profile, and potential side effects of celery.

Celery is also called a negative calorie food. It contains large vitamins, minerals, and some flavonoids that reduce inflammation and prevent heart disease. Numerous studies have been conducted on celery and the results are surprising. Celery has many benefits, and these are:

Celery is packed with herbal nutrient antioxidants with anti-inflammatory properties. Vegetables are also an important source of flavonols. Celery juice or extracts of celery also reduce the activity of some proteins linked to inflammation. It also contains a compound called luteolin that can prevent inflammation in brain cells. It has been found to inhibit the growth of HELICOBACTER PYLORI, a bacterium that causes gastritis or inflammation of the stomach lining.

Celery contains polyacetylenes, and these are compounds that could potentially prevent a large number of cancers. Bioactive flavonoids in celery (apigenin and luteolin) fight free radicals and kill cancer cells in the body. Flavonoids in celery have also been found to kill pancreatic cancer cells. Also, Luteolin has been found to reduce the risk of breast cancer. Flavonoids in celery have chemopreventive properties and therefore act as antioxidants. In one study, pre-treatment of cancer cells with apigenin and luteolin followed by a chemotherapy drug has proven to be an effective cancer treatment option. Many other studies have also linked luteolin to potential cancer prevention.

Research on this subject is limited. However, anecdotal findings suggest that celery can improve digestive health. The natural fibers in celery make it an important nutrient for the digestive system. Soluble fiber in celery is fermented by bacteria in the large intestine. This fermentation process produces short-chain fatty acids, one of which (butyrate) promotes gastrointestinal health. In addition, celery contains insoluble fiber and can promote bowel movement.

Celery can be part of a low-cholesterol diet because it contains a lot of fiber. Its low-calorie content can also help in this regard, but more research is needed to better understand this aspect. Phthalidine, one of the phytochemicals, may also play a role, and Phthalides can lower cholesterol levels. Similar findings were found in the abSingapore study. According to some anecdotal evidence, celery can lower triglycerides and cholesterol levels. It can also increase HDL (good cholesterol) levels and help treat hyperlipidemia. However, more studies are needed on this subject.

Research on this subject is limited. Some experts believe that the vitamin K in celery may have antidiabetic properties. It can reduce inflammation and associated insulin sensitivity and lead to improved glucose metabolism. Some anecdotal evidence suggests that taking celery may reduce the risk of type 2 diabetes. Diabetes can also be exacerbated by H. pylori, a bacterium that causes gastrointestinal problems. Since celery can fight these bacteria, it can also help in this regard. However, more research needs to be done. One Iranian study found that celery seed extract controlled diabetes in rats.

Celery is one of the few ideal foods to consume for healthy weight loss, it is low in calories and contains fiber. It makes you feel full longer and its high water content also helps with weight loss. Insufficient water intake causes dehydration, which causes the person to feel tired and lack the energy to exercise. In addition, celery regulates lipid metabolism. Therefore, it is a valuable option in weight loss diets. It can also be consumed with other vegetables with higher energy density. Anecdotal evidence suggests that water-rich celery may lower the energy density of other ingredients, which promotes weight loss.

There is limited research here. Anecdotal evidence suggests that celery intake can help treat asthma. However, more studies are needed to better understand this mechanism.

Celery can treat and even prevent fungal infections. It can also inhibit various types of bacteria, including E. coli, which causes urinary tract and intestinal infections. However, more research is needed on this subject. One study has supported the antibacterial effects of celery seed against H. pylori bacteria.

Celery contains vitamin C and can therefore increase food immunity. Antioxidants in celery also play a role. It has been found that a large number of cells of the immune system depend on vitamin C for optimal functionality and disease prevention. Vitamin C supplementation has been found to increase the concentration of immunoglobulin in the blood, key compounds of the immune system. Vitamin C deficiency is thought to alter immune responses in animals.

Celery contains special essential oils that can regulate the nervous system and induce a calm feeling, but the data are limited in this regard. Anecdotal evidence suggests that celery may help relax and sleep better, possibly due to its magnesium content. According to some herbalists, celery adds a calming quality to the nerves. It is also believed that Hippocrates, who is considered the father of medicine, can use celery for the treatment of nervous disorders with his words about calming the nerves. Chewing on celery can lower cortisol (stress hormone) levels, but there is no concrete research on this. The apigenin in celery is believed to induce calm, but more research needs to be done.

Each celery stalk contains odor molecules androstenone and androstenol. These molecules go through the back of your throat and into your nose. This increases the arousal potential by emitting odors that may make it more attractive. Celery extracts have also been found to increase sexual performance in male rats. The dose has also been found to increase sperm count in rats and can even increase testosterone secretion.

According to anecdotal evidence, celery not only moisturizes the skin but also removes excess oil. The simplest way to use celery to treat oily skin is to drink its water regularly. It can also slice and boil a few sticks of celery in water. After the water has cooled, it can be applied to the skin every night before going to bed.

Vitiligo is a condition in which the skin loses its pigment in certain areas and causes white spots. According to a Polish study, furanocoumarins in celery can help treat vitiligo. It is believed that similar findings are recorded in the sacred Indian Ayurvedic medicine book Atharva Veda. Celery has been used in the treatment of vitiligo since ancient times. Celery can use celery as it is used to treat oily skin, but there is no concrete data on this issue yet.

Celery essential oil contains luteolin and other essential compounds that can be used in the treatment of kidney stones, but more research is needed on this topic.

Protects the Health of the Joints

Celery may be used to treat joint pain and gout. Joint pains are often caused by uric acid buildup. One theory suggests that celery’s diuretic properties can help excrete uric acid and potentially treat joint pain. According to an Irish study, celery seed oil is a good source of sedanolides. This compound can be used to treat inflammatory problems such as gout and rheumatism.

Celery is 95% water and is a good source of hydration. Two to three celery sticks also renew the levels of potassium, sodium, phosphorus, magnesium, iron, calcium and zinc in the body. The silica in celery also helps increase moisture, however, more information is needed.

Celery is an alkaline food that can neutralize the acid moving up the esophagus. The high water content of the plant can also neutralize stomach acid, often recommended for acid reflux and heartburn treatment.

According to anecdotal evidence, tinctures of celery seeds can relieve headaches. In addition, vegetables can help alleviate the feeling of a sunken eyeball and headaches caused by lack of sleep. Dehydration can also exacerbate migraine. The high water content in celery helps alleviate the condition. Since celery contains magnesium, studies on this subject support the use of magnesium for the prevention and treatment of migraine.

Increased fiber intake can help treat constipation. Celery contains fiber and can help in this regard. However, direct research on this topic is lacking.

Numerous vitamins and minerals in celery increase skin health. This can help prevent acne or acne from occurring. Anecdotal evidence suggests that celery can also prevent acne scars. Celery can also help remove skin and dirt, which can prevent acne bursts. However, research in this area is limited.

Vitamin A in celery can improve eye health. Vitamin A is an important part of the eye, but there is insufficient information to support this claim.

More research is needed to understand the effects of celery on the body’s alkaline balance. Celery is among the most alkaline foods. For this reason, it can be used as a base in most juices and soups. These are celery benefits. While some have been proven by research, others need more validation from the scientific community. 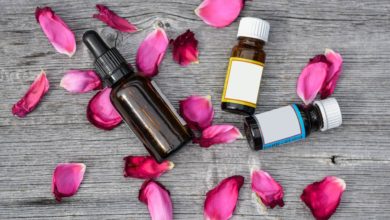 Benefits of Glycerin for Skin Health 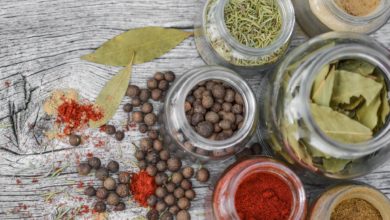 What Are The Health Benefits Of Cumin? 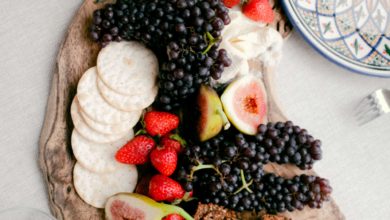 What is the Atkins Diet? 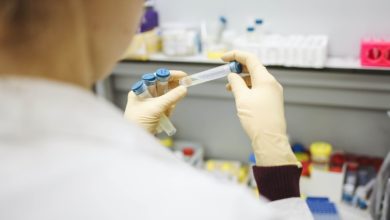 What is an Intubate and Why is it Done?